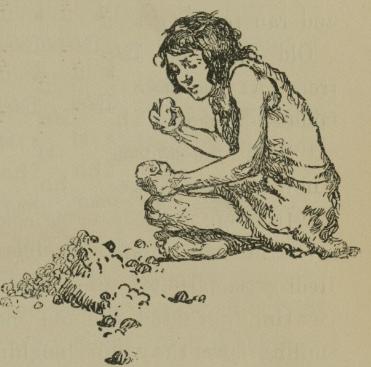 Yesterday I was lamenting the fact that I was behind on my chores. See, I have a to do list on my phone of all the things that need fixing; the odd jobs to do when there’s a break. I will never complete the list as I add to it daily. In fact, the only list worse than it is the honey-do list my wife keeps for me at home. I really have no hope of finishing it!

The real riddle is how to accomplish more with less; time and money wise. Ever since the first cave man figured out (and likely the cave woman

prodded him to get to work) how to use a stick to dig and plant, technology has become the heart of farming.

From mules to tractors, fingers and thumbs to milkers, farmers have embraced forward change. Today they have GPS enabled tractors to ensure correct coverage of fields. Dairy farmers have automatic milking machines that allow cows to be milked at their own choosing. And let us not forget how GMO crops allow farmers to maintain production with less inputs.

What about drones? Farmers are using them to scout fields for growth, pests, and maybe a little fun.

I’ve read that in the future that drones, small ones that travel on the ground, could search for weeds and bugs between rows of crops and eliminate them and reduce the need for chemical pesticides and herbicides.

I can imagine using a drone on our farm to check the fences. It would have a daily flight path to inspect each fence for fallen trees and the like.

All of that sounds great, but what I really is an extra set of hands to fix the fence, to sort the calves, and to milk the cows. I need a robot. A farm robot.

Robots are being developed to care for people and even drive motorcycles. Microsoft and Google have both released machine learning software where computers can be taught. I could teach them how to feed baby calves, scrape the manure, fix fence, and milk the cows.

Other farmers would want them in their employ, too. Robot cowboys on a round up. Robots harvesting fruits and vegetables. It could be the next technological leap in farming!

I can already see the backlash. Not everyone might like all of these robots messing with their food.

There might be an entire group of people that object to this new technology being implemented by farmers.

A whole new movement could be created of those that only want food raised by human hands. A whole new group of farmers would rise to the occasion to meet that demand, too. I think that’s the thing about farmers that some might underestimate: give them a reason to produce a certain food a certain way and pay them a fair price for their time and effort, then farmers will provide.

That said, I still want my robot farmer.

2 thoughts on “Rise of the Robot Farmer ”