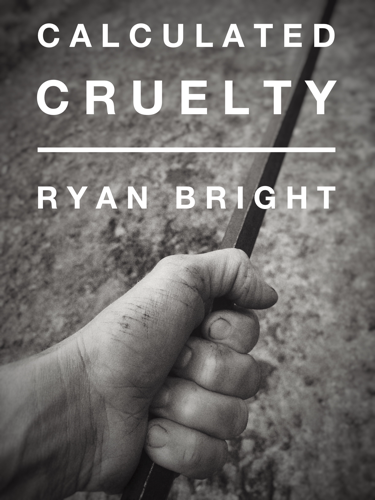 There it is. The debut of the cover of my next John Steele rural detective book. I like it quite a bit.

Okay, I hope no one thinks it looks like the hand is holding a wand.

Right. So, recently I committed a murder. Hack and slash type. Wait, before you judge me I want to argue my case. I did not want to do it. Did not. I was coerced by people I thought were my friends.  They made me do it. They made me cut the opening scene. I sliced it right off the book.

I had this wonderful opening with an old lady that—Nope, that sounds even worse. I killed an old lady. A sweet old lady.

See, you didn’t even know she had a sister. Now I’m a hero.

The opening of the book set up a scene for later on that I never could make happen. I wanted to get there, but the story was like a puppy on a leash dragging me along, sniffing random items, marking territory, and stopping where it pleased. So I saved the old lady for another story.

My friends, who encouraged me that the old lady didn’t belong, were right and eventually I believed them. In the meantime I’m polishing a new opening for the book.

One thought on “Calculated Cruelty Cover”